PROS: All of the recipes I tried from the book were packed with flavor. Also, I don’t know if I was just lucky or if this is true of all the recipes, but nothing was incredibly hard to make. The book is clear and the recipes are easy to follow.

CONS: Gordon Ramsay has given himself a name in the entertainment world as being a dick – he’s so mean on some of his shows. That’s actually my only con and has nothing to do with the book itself.

END_OF_DOCUMENT_TOKEN_TO_BE_REPLACED 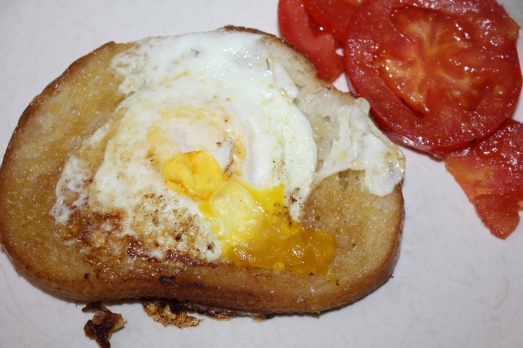 This month at Food n’ Flix we watched the movie Moonstruck, hosted by Eliot’s Eats. Starring Cher, this movie is about a woman who has a dilemma. Does she marry the best friend of her late husband or the best friend’s brother?

This classic movie is not brimming with food references, though there’s enough to work with! Olympia Dukakis’s character, Rose Castorini, makes Cher (aka Loretta Castorini) this egg dish in the movie. This dish, which has so many different names depending on who you ask (egg in a nest, egg in a basket, amongst others,) brings me back to college . . .

Back in college, one of my housemates, Josie watched Rachael Ray all the time. In fact, Rachael Ray was on so much many things she said became running inside jokes in our house. One morning I came downstairs and saw Josie watching Rachael and Rachael was talking all about Birds in a Nest. We were totally put off by the name of the recipes (birds in a nest, really? That sounds gross.)  But after watching Rachael cook that egg inside the bread, we were both in love.

Birds in a nest became a big part of our breakfasts in college. They were easy and yummy. Whenever I make them now, all I think about is the good old days of when I started to cook for myself.

When the birds in a nest came on scene, I knew that was what I had to make. Rose serves the egg/toast combination with a side of red bell peppers. I don’t like red bell peppers very much, so I used tomatoes instead with some salt sprinkled on them and sauteed some. Delicious!

Egg In A Nest

1. Using a round cookie cutter, cut a hole in the bread.

2. Put a skillet over medium-high heat and add the butter, allowing it to melt.

3. Place the bread in the skillet. Crack the egg into the hole in the bread.

4. Cook for about 2 minutes per side. Be careful when you flip the egg – you don’t want yolk everywhere!

* Besides Food ‘n Flix, I’m sharing this recipe with Mix It Up Monday 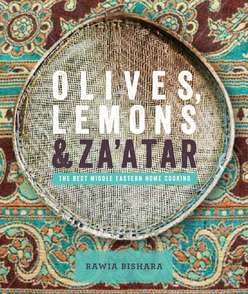 PROS: The recipes are hearty Middle Eastern recipes. The flavors are delicious in the dishes I made. There’s many pictures in the book and interesting stories.

CONS: I did not have luck with all the recipes. The pictures would have looked nicer if they had been glossy. The recipes take a lot of prep time and are time consuming.

END_OF_DOCUMENT_TOKEN_TO_BE_REPLACED

PROS: The book is effective. From the one reset I’ve tried so far, it was effective. My dislike of salad has changed using the salad reset. The salad recipes I tried were tasty but simple. The methodology of immersing yourself in something for three days is a great technique.

CONS: Some of the ingredients in the recipes are hard to find or expensive to buy.