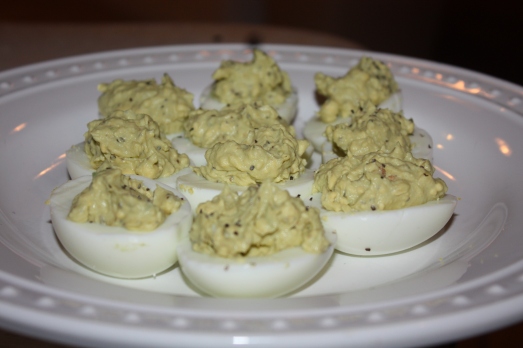 I picked my favorite Halloween movie for this month’s Food n’ Flix! I’ve been awful about updating my food blog and life has been crazy this October, but I couldn’t let this one get by me, considering I’m the host. While not a traditional foodie movie, I had so many ideas when I watched this movie. I actually was going to make a Bloody Mary – but it just never came together and by this point in the week, I’m not about to drink some vodka on Monday night, because I won’t be getting up in the morning if that were the case. I also had the idea of candy apples or really, anything with candy.

It tells a story of three witches who were hung during the Salem Witch Trials, when they were stealing the soul’s of children to have eternal life. Their home was made into a museum. Now fast forward to the 1990’s. A teenager, Max, accidentally summons the Sanderson sisters who begin their hunt to steal the souls of children once again. Max, his little sister Dani, and his crush Allison work together to stop the witches. During this, they meet a wide array of characters, including a zombie and a black talking cat.

My dish focuses on a scene in the movie when the sisters are walking around the trick or treaters. They meet a man dressed in a devil suit and his grumpy wife, who no doubt is grumpy because she wants to watch TV in her curlers but her husband insists on inviting three strangers into their house and being a big ol’ flirt.

The witches don’t understand this whole ~costume~ thing and think this goofy old flirt in a devil’s suit is actually their “Master.” He doesn’t have a huge role in the movie, but he’s pretty hilarious and the Sanderson sister’s reaction to him is priceless. So, I decided to make something for him (and I needed to make it with something I had in the house already.)

So, say hello to Master’s Eggs! And join us next month at Culinary Adventures with Camilla and watch The Hundred-Foot Journey.